With our December 2021 update to our dashboard page, we have also brought a new way for marketers to view performance of cross-platform campaigns at a glance. By default the hawke.ai dashboard will display your campaigns grouped by platform, but Pro users are able to create their own campaign groups – with user-selected campaigns across all connected ad platforms.

The Campaign Performance table, located on the Dashboard page, offers users the ability to view campaign performance at the platform level (all users) and custom campaign group level (Pro users only) across a user-selected date range.

Performance metrics are then provided at the aggregate level with the ability to expand and view the performance of individual campaigns within those groups. Platforms, campaign type, and campaign status are provided when possible as are flags relating to other Morphio features such as Anomalies, Suggestions, and PPC Budget Audit.

To get started with custom campaign groups, navigate to Client Account Settings (found in the bottom-left corner of the platform) and then select the Campaign Groups tab. Here, you will see a list of campaign groups that have already been created for the client account along with when it was created and when it was last modified. 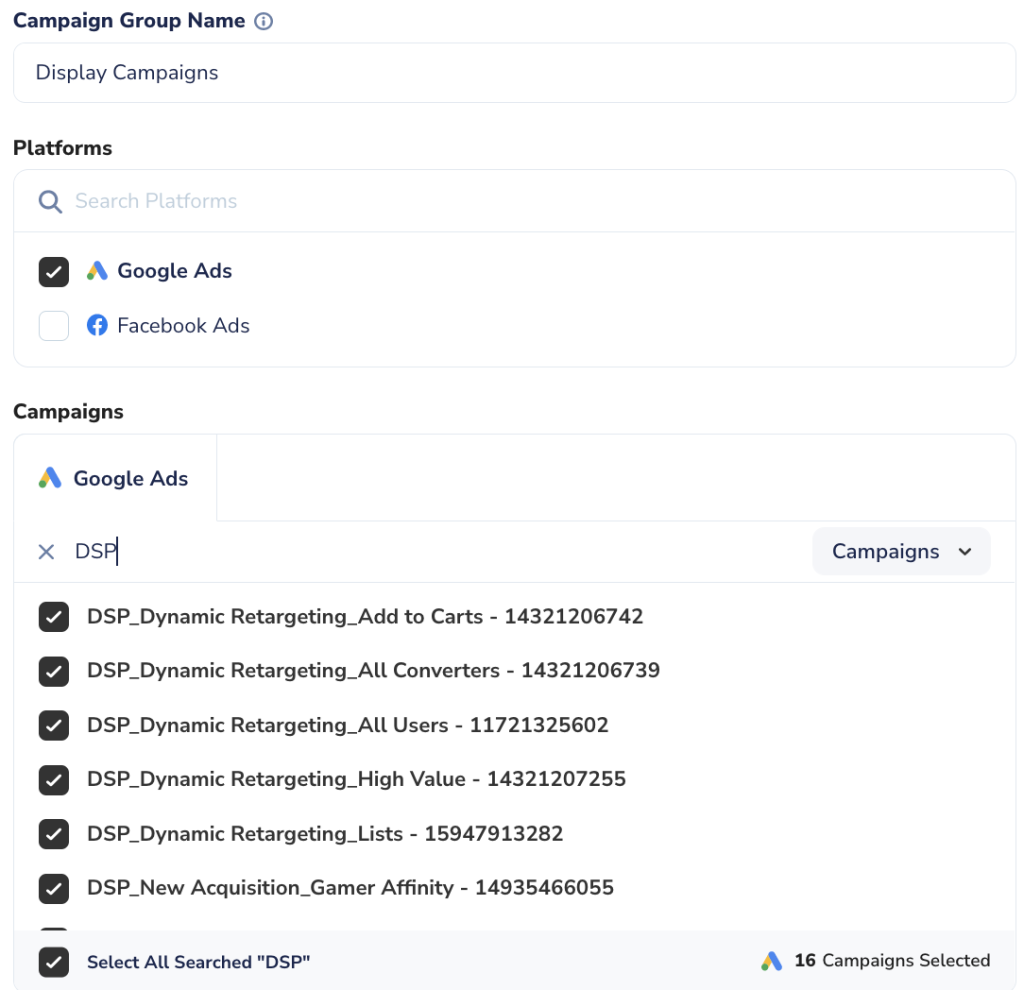 In addition to the above-mentioned Campaign Performance table, metrics relating to campaign groups are available in most parts of hawke.ai, such as:

And, in each of these areas, and for each user-created campaign group, the following metrics are available:

Campaign groups will continue to be a central component of hawke.ai with plans to soon allow for the importing of campaign groups (platforms + campaign selection) to Enhanced Budget Monitoring.

If you have any other ideas on how we can further integrate campaign groups, let us know!

Q: Can I export the data from the campaign performance table?
A: Yes! We know that marketers like spreadsheets almost as much as accountants and as we continue to build out new features, we want to make sure we allow for easy exporting of tabular data for offline analysis. To export the data displayed on the table, simply click on the Export button to download your data as a comma-separated file (CSV format) which can easily be imported into any spreadsheet program.

Q: How do Campaign Groups and Campaign Performance handle currency?
A: Campaign Performance (and therefore campaign groups) will performance simple math operations between campaigns and platforms without regard to currency consistency and will display currency-based metrics with the symbol set in Client Account Settings then Additional Settings. Because of this approach, it is recommended (but not enforced) that campaign groups be structure such that they are consistent in currency when currency-based metrics are your focus.

Get Started
Back to Top
🍪