The Problem With Data Studio 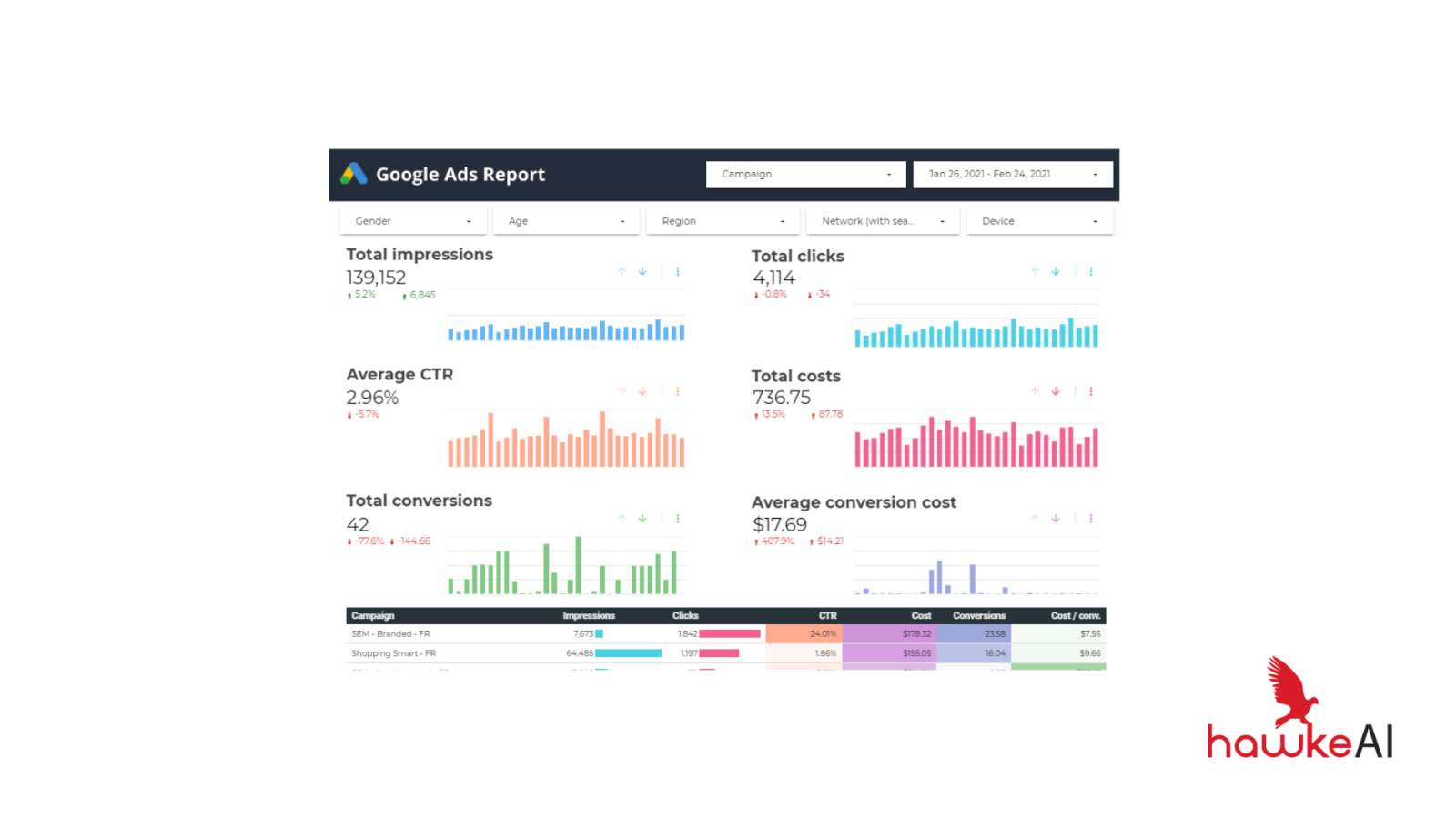 It’s strange to think now that prior to the release of Data Studio, the agency I used to work for would produce performance dashboards in a spreadsheet. A carefully constructed facade of shrunken blacked out cells to create borders, panes with data points artfully arranged, and masses of hidden raw data sheets powering the whole thing with pile upon pile of nested vlookups. I’m still very fond of them, partly because they are a testament to the flexibility of the humble spreadsheet, but largely because I myself used to build them and it made me feel like I was a real developer. They were, of course, a nightmare. Endlessly and senselessly breaking every time they were needed for anything. Sharing a sheet like that with a client was akin to handing them a bat and asking them to hit you with it repeatedly until you could think of a good enough reason to take it back off them.

The industry needed an accessible solution to performance dashboards

When Google announced the release of Data Studio it was very well received by the industry as a whole (a rarity for Google releases) and even I had to admit that it was a better solution than my behemoth spreadsheets – even if it meant giving up my dev LARPing. Here was a (free) product that allowed you to integrate directly with your ad platforms and was specifically designed to build out visually compelling dashboards.

So, a nice neat story then. The industry was desperate for a widely accessible and more stable solution to performance dashboards and the market provided one. Well, not quite.

Recently we produced an article that critiqued the use of the marketing performance dashboard in a spreadsheet. In the first paragraph we acknowledged that we run into agencies using these spreadsheets all the time. Well, where’s the problem? The problem is, they are using spreadsheets. Not Data Studio. Not the thing that was supposed to be the solution to the problems working with spreadsheets. The next logical question then, is why? The answer here is that Data Studio actually fails to solve some of the very problems we acknowledged in the article. Namely:

Cost of labor – maintaining those spreadsheet dashboards is just about a full-time job once you hit a certain amount, and, well, the same is true of Data Studio. It may be marginally better than a spreadsheet, but only marginally.

Cost of risk – this ties into the previous point, but the risk of incorrect treatment of data (through human error) is as present in Data Studio as it is in a spreadsheet. When you’re using it to monitor digital marketing budgets the implications of erroneous data can run as big as you’re prepared to let your imagination go.

Dependency – those giant spreadsheets are a pain to maintain and require someone with a pretty sound knowledge of sheets, and as a result it can silo the data & reporting functionality of an agency with a single person. That’s a problem. The same is true of Data Studio.

So immediately, Data Studio fails to account for all of the largest issues with which agencies were contending. Here are a couple of additional problems:

Flexibility – this might seem like an odd one seeing as Data Studio has a much loved drag-n-drop functionality, but the reality is that you can simply do more in a spreadsheet. If flexibility is of utmost importance then Data Studio is going to be limiting.

Cost of integrations – Data Studio could natively integrate with all Google products and a host of third parties. Missing from that list is the second largest online advertiser: Facebook. Now it’s missing for obvious reasons, but the implication is that you will then have to pay for a service specifically dedicated to porting over the data to make it useful.

Despite the frustrations our agency didn’t abandon Data Studio entirely, we worked a hybrid model that included spreadsheets and meant, broadly speaking, that none of the issues with spreadsheets (and mirrored in Data Studio) were solved. That is until we decided to build a platform to actually tackle the problem. A stable, easy-to-use-easy-to-understand platform that had all the needed integrations and was designed specifically for the requirements of digital marketers. This is not an attempt to be too disparaging about Data Studio, it did, if nothing else, make the construction of dashboards easier – aesthetically speaking. But while the look of a spreadsheet is pretty banal it wasn’t the aesthetic of the front-end that was the real issue for the people who had to build and maintain them. The lesson here is to understand primarily the root issues that affect the primary use case and solve them. That way you build something that fixes a problem, not something that makes the problem prettier.

Stay updated with Hawke AI by subscribing to our newsletter.